For current COVID-19 information, see LegalHelpBC.ca
If you have a COVID-19 question, .

Look up any legal term in our handy legal dictionary.
Go

What is Youth Court? 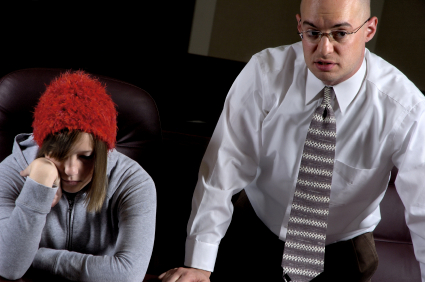 If you have been charged with breaking the law, you must appear in person before the judge at the time indicated on your Summons or Appearance Notice.

By law, your parent or guardian must be notified of the charge. If you have been ordered to appear in court and you do not show up, the judge may order your arrest. You will be tried according to the Youth Criminal Justice Act.

If possible, you should bring a lawyer with you when you come to Youth Court. One or both parents or your guardian should also come with you.

The participation of your parents or guardian is important. They can help by giving information in court and letting the judge know what they will do to help you at home. Interpreters are available if you need one. To ask for an interpreter, call the court registry.

When you go to court, you will probably have to wait for your case to be heard. All cases are scheduled for either a morning or an afternoon session. Other cases may be heard first. Although your case may be called later, you must arrive on time and wait in the courtroom with your parent, your guardian or a supportive person until the Deputy Sheriff calls your name.

Show Respect for the Court

When you go to court, try to look and act your best. It will help if you dress neatly, speak clearly and take your court appearance seriously. You want to make a good impression. To do so, it is important to show respect for the court.

When your turn comes, the court clerk will announce your name. The judge may ask your parent or guardian to give your age and date of birth. If your parent is not present, your lawyer may give this information, or the judge may adjourn the appearance until your parent can attend. The charges against you will be read.

If you plead “not guilty,” your case will be adjourned to the judicial case manager to fix a date for you to come back to court for a trial. At the trial, the crown counsel will call witnesses who will give evidence to support the charge against you. Your lawyer may question these witnesses. When all the crown counsel’s witnesses have finished, your lawyer may call you, or some other witnesses to give evidence. The crown counsel may also question your witnesses. At the end of the trial, the judge will decide if you are guilty or not guilty. If the judge decides you are guilty, he or she will impose a sentence. If the judge decides you are not guilty, you will be free to go.

Representing Yourself in Court

If you have to go to court because of a criminal charge and are aged 12 to 17, you can get a free legal aid lawyer to represent you. If you are 18 or over, you may still qualify for a free legal aid lawyer. Read more about legal aid on the Legal Services Society website.  It is a good idea to get legal help from a lawyer if you have to go to court, but if you have no other choice but to represent yourself, read Charged with a Crime, Defending Yourself Against a Criminal Charge and How a Criminal Trial Works. 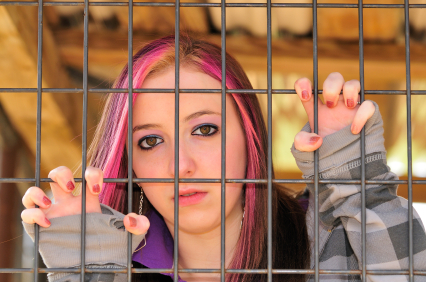 After both sides present their evidence at a trial, the judge will consider what they have heard and decide if someone is guilty or not guilty.

After conviction, the judge will sentence you. Before being sentenced you have a chance to speak. This part of the trial is called speaking to sentence. When you speak to sentence, you tell the court anything about you and the offence that might convince the judge to give you a lighter sentence.

What the judge considers before sentencing

In addition to the pre-sentence report, other reports and any recommendations made by a youth conference, the judge will also consider things such as:

Living with a Criminal Record

When someone is charged with a crime, the police and the court can keep track of it in a file called a record. These records can cause problems for people for a long time. For example, a criminal record makes it hard to get a job or travel to other countries. A criminal record may also affect a person’s immigration status, and in some cases, may even affect their family’s immigration status.

For information about what it will mean to have a criminal record, read the People’s Law School publication, Consequences of a Youth Record.

IMPORTANT: This page provides legal information, not legal advice.  If you need legal advice consult a lawyer.
Google Translate may not be 100% accurate.

The Learning for Youth section of Explore the Youth Criminal Justice Act is designed for youth who wish to learn about the law and how it relates to young people who commit crimes.

VictimLinkBC is a toll-free, confidential, multilingual telephone service available across B.C. It provides information and referral services to all victims of crime.
Need Legal Help?

Justice Education Society of BC